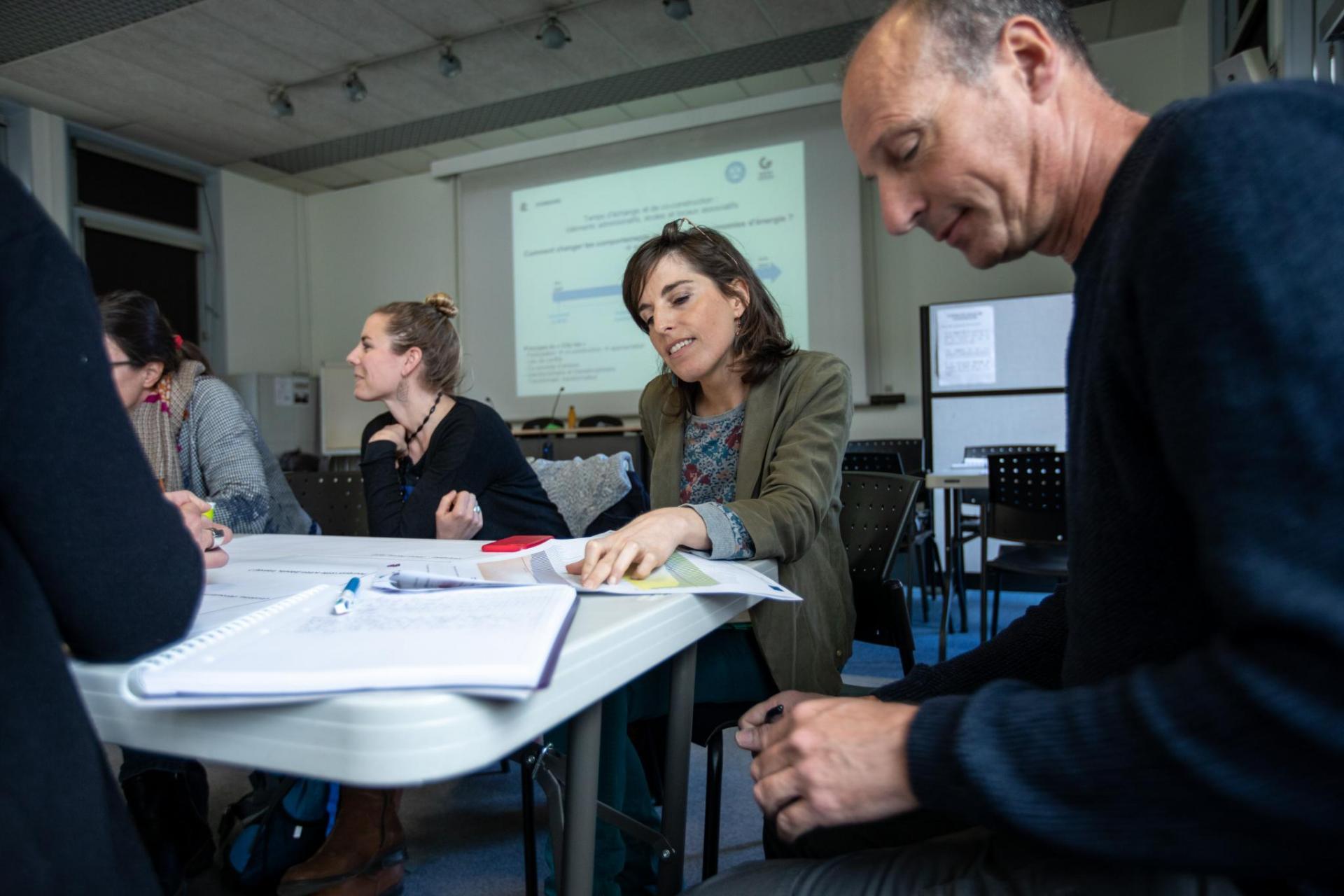 “You are among the 30% most energy efficient building users this week. Great job!”

Imagine receiving a weekly update like this, illustrating how much energy you have used based on digital monitoring systems. Not only would this make you more aware of your own energy consumption, but it could also prompt a discussion on ways we can all contribute to reducing energy use in buildings. Alerts like these could be one way to motivate people working in public buildings to rethink and improve their energy consumption practices.

This was just one of the ideas presented during the launch event of the Grenoble SONNET City Lab on 18 February.

The opening speech has been given by Mr. Vincent Fristot, Deputy Mayor of Grenoble for Urban Planning, Housing and Energy Transition who presented the efforts taken by the city to contribute to the reduction of CO2 emissions.

The kick-off event brought together over 50 participants interested in social innovation in energy transitions to discuss and propose actions Grenoble can take to achieve more rational energy use in public buildings. The Grenoble SONNET City Lab is focusing on three public building types: buildings made available for associations; administrative public buildings; and public schools.

Co-creation is a critical pillar of the SONNET project. As such, the city reached out to the users of these three types of public buildings, inviting them to attend the kick-off event, review the ideas for actions proposed by the city, as well as to propose their own. A number of promising proposals were put forth. Here is a selection of ideas put on the table:

Energy sobriety as a contract provision

Energy sobriety is a concept that aims at reducing – or ideally avoiding – energy consumption. It stresses the importance of change in consumption practices both at the individual and societal levels.

The concept has struggled to gain wider popularity due, in part, to its direct criticism of the current economic model focused on growth. Despite this, the idea of energy sobriety, as opposed to our addictive consumer behaviour, has successfully caught on in France. This concept plays a fundamental role in guiding Grenoble’s City Lab activities.

A new type of “energiser”

While traditional energiser games are about bringing energy into the room, an alternate version was proposed at the kick-off event, which Grenoble could use to instead take energy out of rooms.

The idea of organising a game about reducing energy consumption came from the users of administrative buildings. Such a game could not only teach them how to save energy, but could also encourage people to implement good habits in their daily activities in the workplace. The game, such as escape game, treasure hunt or forum theatre, could be a part of a bigger process, which would begin with observing current energy practices in administrative buildings and understanding their causes, and proceed all the way to adapting and sharing new tools for efficient energy management.

Public schools – the third target group of the Grenoble City Lab – proposed a full-package approach to changing energy consumption patterns of users. This would begin by increasing access to information and pursuing an awareness-raising campaign, then move on to empowerment and engagement of users in the co-creation of ideas, and continue through to the implementation and promotion of concrete actions.

The city proposed engaging municipality employees working in schools, such as maintenance and catering staff, in the goal of achieving energy sobriety goals in school buildings. They would be trained to become energy leaders in the buildings, by, for example, reporting malfunctions (e.g. in windows, lighting, kitchen equipment, etc.) and making recommendations to reduce energy use. Ultimately, the goal is to empower municipal staff in the co-creation and implementation of an action plan for each school aimed at greater energy efficiency.

The Grenoble kick-off event provided space for co-creation, exchange of ideas and debate. Now, the city will pick one or two proposed actions for each building type that are the most promising in terms of how developed, feasible and measurable they are. Then they will be discussed with the respective departments – Education and Youth Department for school buildings; Service for Associations for buildings used by associations; and special steering committee for administrative buildings.  Finally, the city will decide which actions will be tested by the City Lab.

Good luck, Grenoble! We await further updates from the field.

Citizen engagement is at the heart of all manner of sustainability initiatives. Even efforts that…

(Almost) Everything you need to know about the “What, Who and How”

Don't miss the first SONNET webinar!
This Post Has 0 Comments