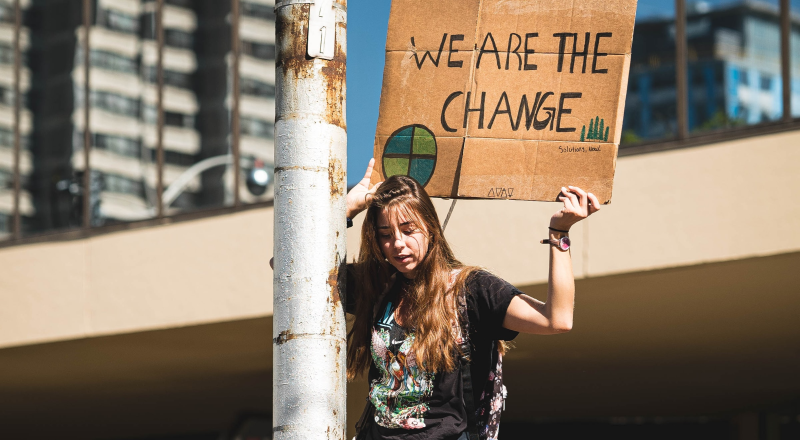 Let’s face it: even though European Horizon2020 projects are obliged to consider gender, most projects are still struggling with how to meaningfully take on this challenge. The most common approach is counting gender balance in simple numbers – like comparing the number of male and female staff working on a project – and that is about it. SONNET is trying to go one step further.

To find out more about the role of gender in energy systems, we interviewed an expert – Dr. Cornelia Fraune, who sits on SONNET’s Advisory Board – as well as co-organised a special session on “the role of gender for sustainable energy use” during the BEHAVE 2020–2021 conference, and did some of our own research to get a better grasp of how we can impactfully address gender in our work.

Let’s start with some basic definitions and background. The Council of Europe explains that: “Gender refers to the socially-constructed set of expectations, behaviours and activities of [people], which are attributed to them on the basis of their sex.” They go on to elaborate that these expectations depend on context and other factors, like race, class, and more. Although related, gender is not the same as sex, or sex assigned at birth.

A lot of gender research talks about gender simply in terms of numbers of men and women. Dr. Fraune explains that this kind of quantitative research is often criticised because it “consolidates rather than explains gender differences.” In other words, it may be a starting point to see what proportion of people in a given domain are male, but that isn’t the whole story.

The picture in energy

With that background in mind, let’s start by looking at the initial, quantitative component. The energy sector is one of the least gender diverse sectors. A report by the International Energy Agency (IEA) states: “Women’s participation in the energy sector is below that of the broader economy and varies widely across energy sub-sectors. Despite making up 48% of the global labour force, women only account for 22% of the labour force in the oil and gas sector and 32% in renewables.”

Dr. Fraune explained in our interview: “This gender imbalance is also true for managerial positions [in the field]. According to a study published in 2018 by PWC, the proportion of women amongst the executive board members in the German energy sector is only 5%, [and] the proportion of women amongst the supervisory board members is 13%. Women in managerial positions in the renewable energy industry are mainly found in the human resource management and public relations. In general, women in the renewable energy industry tend to be employed in administrative or service areas rather than in research and development or production… Female employees are also under-represented in energy-related areas in public administration and interest organisations… [as well as] in citizen associations and/or community groups operating renewable energy power plants.”

In other words, it is not just that there is a gender imbalance here, but that this imbalance is pervasive, and deeply related to the task or job we are looking at within the energy sector. This gives us a good indication that there are other, underlying power dynamics at play that are resulting in this imbalance. These dynamics need to be identified and explored, and they should be the focus of moving beyond numbers when taking a gender perspective. This is especially true, since there is a marked lack of research to draw on that goes this extra mile.

What’s more, we see that the energy sector is male-dominated. However, people of all genders are using energy. Which means that the ‘energy transition’ is not only challenged with trying to transform the sector, but also with trying to transform a system in which those that represent the energy sector do not reflect the demographics of energy users.

The energy system is a complex manifestation of all sorts of social dynamics. As such, the energy transition should be discussed and designed as a social transformation that goes beyond only sustainable utilisation of energy resources, to meaningfully consider power relations, like those that lead to gender inequality.

The energy system is one illustration of how resources and power are distributed within a society. Sustainable energy transformations are about rethinking how we share and distribute those resources and power. When we consider energy transition in this light, it is clear that gender relations are relevant (even crucial!) to developing a sustainable and just energy future.

Furthermore, as we consider energy transition, we must always keep in mind that addressing gender inequalities is a challenge that goes beyond ensuring equal representation of women by numbers. As Dr. Fraune says, “It is about analysing and changing structural factors shaping gender differences in social roles and status, and [shaping gender differences] in the social distribution of resources and power.”

The discussion of gender (in)equality in the energy sector is just one piece of the larger societal fight for gender equity (as expressed, for example, in efforts to address gender pay gaps, etc.). In other words, energy transition is not only about literal electrical power – rather, social power and how it is distributed is equally crucial any such transition.

A means or an end?

As we proceed with this work, we must be careful of how we frame efforts for gender equity. The recent BEHAVE conference that SONNET joined explored the difference between seeing gender equity as a means of reaching better products, or as an end goal in and of itself.

This difference is borne out of a popular argument, which says something like: “A diverse team always gives you good or better outcomes”. This may or may not be true – either way it frames gender justice as a means of reaching productivity gains: simply a means to an end. This ‘instrumentalises’ equality, and simplifies a deep, political and human need for equality.

What can be done

A 2019 report commissioned by the European Parliament recommends, among other things, the following points to improve the situation in the energy sector:

As part of our work, SONNET has classified social innovations in energy based on whether they represent new ways of doing, thinking and/or organising. To conclude this initial exploration of gender in energy transitions, we have gathered a few promising projects and publications for all to explore, which are developing concrete ways forward to develop new ways of thinking, doing, and organising life to be inclusive of people of all genders:

Gender is an innate component of any social relationship, and so is necessarily part of social innovation. Our challenge is to ensure that gender is not only implicitly in the background, but explicitly considered at every stage of social innovations and energy transformations.

Join us at the European Week of Regions and Cities!

And they’re off! Grenoble hosts its City Lab kick-off event

“You are among the 30% most energy efficient building users this week. Great job!” Imagine…

Earlier this year, the SONNET team “took to the trains” and met in the Netherlands… 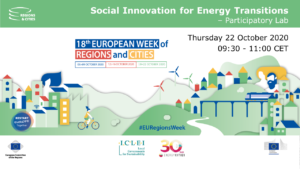